Home On Display Artwork Artists Exhibitions Literary Art TVs, Speakers, and More... Why Buy From Us By Manufacturer Available for Demo Contact Calendar of Events 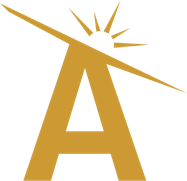 Who comes to the meetings? Wonderful writers, true lovers of the genre who express themselves with sensitivity, sensuality, and sexuality.

Erotica Writer Group is lead by Lauren Tallman, author of How to Have and Affair and Not Get Caught.